How to explore Tiberias with your Israel car rental

For a breath of fresh air, visit Tiberias in northern Israel.  Located in the Galilee region of Israel and alongside the beautiful Kinneret (Sea of Galilee), Tiberias offers you mountains and caves for exploring, wineries, and stunning panoramic views of greenery.  It's a beautiful drive, and bus transportation is a challenge, so hop into your Hertz car rental, which you can receive at our Tiberias car rental office, Ben Gurion Airport car rental branch (open 24 hours a day, 7 days a week), or any of our Hertz Israel car hire branches around the country and pick up your rental car.

Since biblical times, Tiberias has been producing wine, an important part of Israel's economy. Today, several wineries have created a tourist industry for connoisseurs, and the Galilee has become synonymous with great wines.  If you rent a car in Israel, it is easy to travel from one winery to the other.  But make sure to have a designated driver if you plan on taste-testing the wine!

The hot springs and spas of Tiberias, which offer health benefits that supplement the cool, fresh air, were not discovered recently. For more than 2000 years, Tiberias has attracted tourists seeking health treatments. Historically, the Romans built the spa, with 17 natural mineral springs more than 600 feet below sea level.

Most people come to Tiberias for the religious experience, as it is one of Israel's four most popular spiritual centers. For Christians, Tiberias is a favorite pilgrimage site, famed for the church construction of Joseph of Tiberias, is mentioned several times in the New Testament, and has historical significance as a site of miracles. Excavations has discovered a rare Christian coin often found in other Middle East countries but the first of its kind to be found in Israel.

For visitors to Tiberias, favorite tourist spots include a 2,000 year-old Roman theatre that seated more than 7,000 people. But for Jews, Tiberias is rich in religious history and offers holy sites and Rabbis graves for special prayer. In fact, unless you book early, it's hard to find a car rental available for Lag Ba'Omer when tens of thousands of Jews drive up to the Tiberias area to pray at the important tombs.

This city served as the seat of the Jewish Supreme Court, the Sanhedrin. Tiberias is also where the writing of the Mishna and the Jerusalem Talmud were completed. But what attracts most Jewish visitors are the graves of famous Rabbis, including Maimonides. Maimonides is a famous Jewish commentary and physician who was born in Cordova, but lived in Morocco and Egypt. Before his death, he asked his children to bury him in Israel.

Another famous rabbi buried in Tiberias is Rabbi Meir Baal Hanes, whose tomb was enhanced by the building of a synagogue built above it. Known as the Miracle Maker, Rabbi Meir, a student of Rabbi Akiva, was one of the most important sages in the Second Century. Rabbi Akiva, who was considered one of the greatest Rabbis of his time, and his wife are also buried in Tiberias, as is Rabbi Yochanan ben Zakai. The founder of the Jewish settlement in Tiberias in the mid-1700s, Rabbi Haim Abulajya, is also buried here.

Among the known graves in Tiberias, there are suspected burial sites of famous Jewish women, including Zipora, Moses' wife; Yocheved, Moses' mother; and Zilpa and Bilha, the wives of Jacob. These sites draw tens of thousands of women, who flock to pray for fertility and other urgent needs.

Tiberias is not a big city, but it's easier to travel around in an Israel car hire. So if you are seeking cheap car rental in Israel, Hertz's Tiberias car rental can help you explore the possibilities of this holy city. 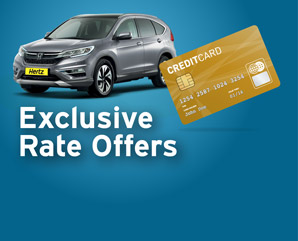 Does your credit card provide car rental coverage in Israel?

Get special rates here. Starting from 11$ per day! 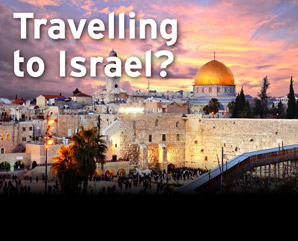 Rent a car with Hertz Israel

Get 5% off and special rates online. Book now!

If you are under the age of 25, some restrictions may apply. Please contact our reservation center to proceed with your order, or send us your request and our representative will contact you within the next business day.
Reservations center: +972-(0)3-6841000

Different countries have different age limitations per rental. If you are under the age of 25, please contact our reservation center to proceed with your order, or send us your request and our representative will contact you within the next business day.
Hertz reservation center: +972-(0)3-6841000

Some Hertz locations have upper age limits for drivers.
please check the Age restrictions section to see if any of the above apply to your rental.
For Station Info and rental terms, click here
Hertz reservation center: +972-(0)3-6841000